I was cleaning up my room the other day and came across these nostalgic photos. It was a photo from the year just transitioning from 1991 to 1992, during the Pit Inn’s annual New Year’s Eve all-night event. I was the one who was standing in the elevator, and I was 21 years old. The old Pit Inn had an elevator. Also, there was a storeroom, or rather a place where instruments were piled up in a mess, and Fumio Watanabe’s drum set that was there was given to me when the old Pit Inn in the basement was demolished. The program on the wall shows that Fumio was the first to perform. Looking next to it, it said that the morning session starts at 11:30am. 800 yen with one drink! Good old days. We will do a 3DAYS event in the summer of 2022, exactly 30 years after that year.

The first day will be the first improv session in a long time with Naruyoshi Kikuchi and Masayasu Tzboguchi, who have been very helpful to me at the concert of DUB SEXTET. Mr. Tzboguchi, who knows my love of YMO, is always kind enough(?) to play a piece for me. How about this time? In case you are wondering, I quite like YMO’s first album COSMIC SURFIN’.

On the second day, my trio of Kiyotsugu Amano and Gregg Lee, who have been playing during the Corona pandemic for a few years only occasionally (actually, we’ve only played twice, and this will be our third time), will be joined by Tomohiro Yahiro, a wonderful percussionist with whom I have long wanted to play together. We will present an urban, fusion-like evening, which is rather unusual for me.

On the final day, August 21, we will do something that I decided to do first when I thought about this 3DAYS event. Yes! It will be my father Takehiro Honda’s birthday and we will present the Takehiro Honda Tribute Band. Originally the members were Kosuke Mine, Fumio Itabashi, and Yasushi Yoneki, but the group gradually grew in strength and settled on its current members. This time, we will welcome trombonist Hiroshi Fukumura, who played in the legendary band ‘Native Son’ with Mine and his superb ensemble, to present a special septet.

We have such a powerful lineup for all three days. We look forward to seeing you all there!

*Reservations (priority entrance at the time of opening) will be accepted from 11:00 AM on July 1 (Fri) by phone (03-3354-2024), at the reception desk of Pit Inn Shinjuku, or through the online ticket reservation form for each performance date on our website.

Reservations will be accepted until the day before the event.

Due to circumstances, Hiroshi Fukumura (tb) is unable to perform. 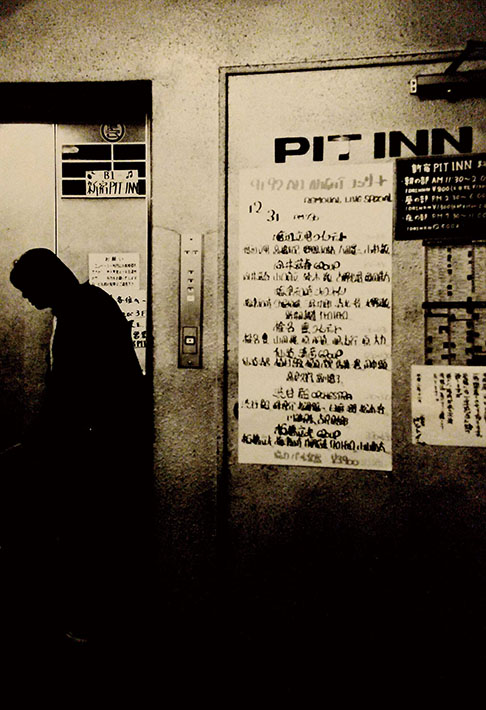